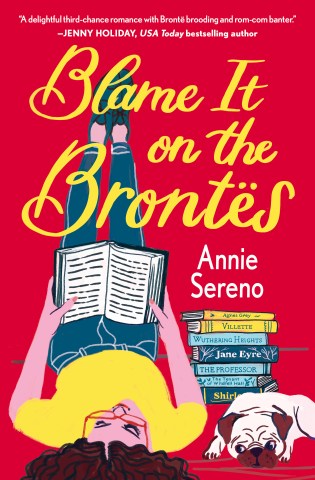 Blame It on the Brontes 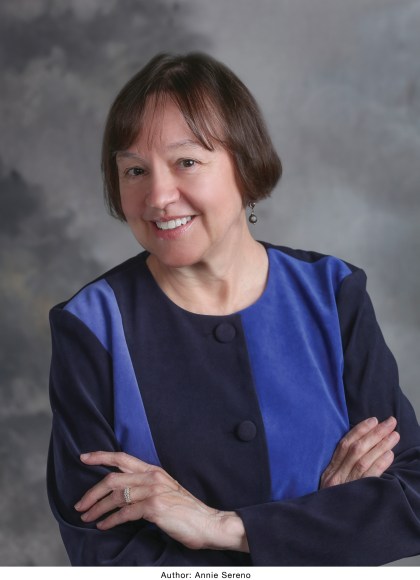 Annie Sereno holds a B.A. in anthropology from the University of Pennsylvania as well as master's degrees in library science and British and American literature. Among other libraries, she was privileged to serve Harvard University and The National Geographic Society. When she's not expressing her imagination with pen and paintbrush, Annie gardens, swims, and haunts art museums. In possession of a well-worn passport and memories of all the places she's called home, she shares her life with her husband and two sons. Mildly (okay, seriously) obsessed with birds, Celtic music, and all things Australian, she believes there is no such thing as a former librarian, no time to read, or too many shoes. She currently lives with her family in New Jersey.

“A delightful third-chance romance with Bronte brooding and rom-com banter. You’ll be rooting for Thena and Thorne!”
—Jenny Holiday, USA Today bestselling author
"In Sereno's charming, contemporary romance debut, the love of literature takes center stage… [English professor Athena Murphy] runs into her former lover, Thorne Kent, who owns the town's main hangout, the As You Like It Café, where our frenemy protagonists trade Amy Sherman-Palladino-like barbs to the delight of the gossip-loving patrons. Sereno is a gifted writer and readers will watch for her next book."—Booklist
“A swoon-worthy hero in a story that’s everything a rom com should be—smart, sexy, funny, and charming to boot!”—Carolyn Brown, New York Times bestselling author
"Delivers plenty of tongue-in-cheek literary witticism and small-town heart... The novel’s heart lies in its quirky, memorable characters. Readers will find themselves laughing through the familiar tropes."—Publishers Weekly
"Sereno’s novel is witty and entertaining, and fans of the Brontë sisters will undoubtedly appreciate the fun she has nodding to their books."—Kirkus
Read More Read Less